Hey y’all- I hope everyone had a happy Easter!  We were pretty low key around here since we have no family in the area, but B did get to do his first egg hunt (actually 2nd hunt- his school did one the week prior, but this was his first hunt with us)!  I didn’t think he’d understand what to do with his basket, but he carried it around on his arm like a pro (probably because of all the practice he’s had playing with my purse- ha!)  Thankfully the weather was lovely so we got to be outside most of the day… 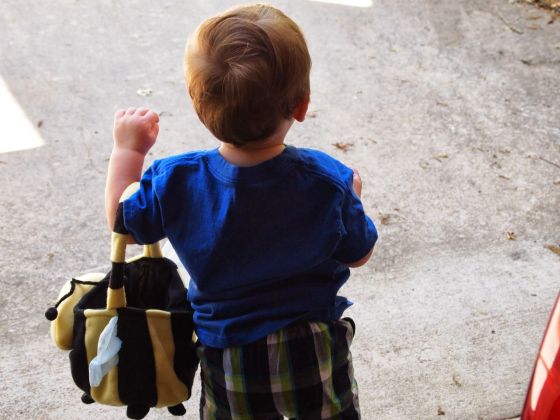 Speaking of outside (and happy Earth day by the way!), we’ve switched gears around the house and have been taking advantage of the lovely (albeit a bit weird with temps in the 80’s one day and a frost the next) spring weather we’ve been having lately and putting in some work on the outside of our house, before the weather here gets too hot and humid.

We usually mulch our front and back flower beds yearly, although we skipped last year due to the crazyness that being a new parent brings with it!  Also, we usually (stupidly) wait way too long and mulch in the summer which is just ridiculously sweaty- this year we were on top of it and ordered 20 cubic yards at the end of February.  We got so much mulch because we decided to mulch our backyard after trying (unsuccessfully) for several years to get anything resembling grass to grow back there (mulch is the new grass right?) 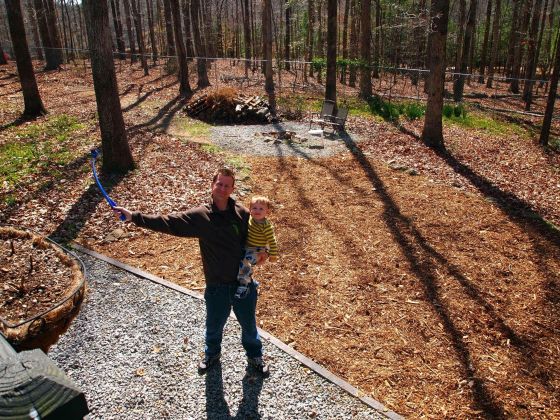 My boys, happy with the newly mulched back yard 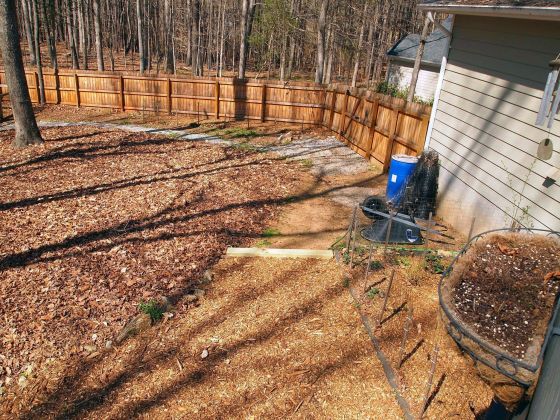 We get a lot of erosion here due to rain water, so T added in a 4×4 post (half buried in the ground) to create a tiered effect and stop the mulch from washing down the hill

Then we got 5 cubic yards of gravel, so we could extend the gravel path in the above photo, as well freshen up the existing graveled spaces 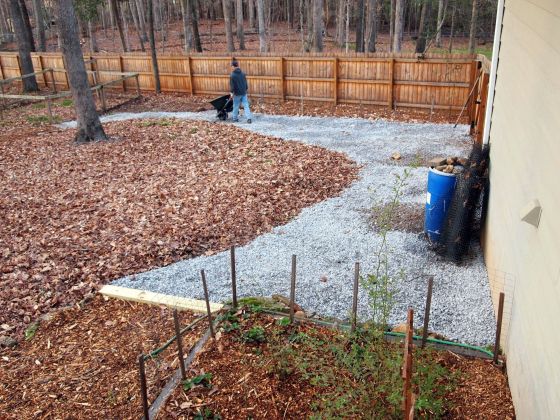 T is such a hard worker. I just spread the mulch/gravel and take the photos

B enjoyed “helping” with the mulching process- I’d gotten him his own shovel and he was thrilled to help his daddy load up the wheelbarrow: 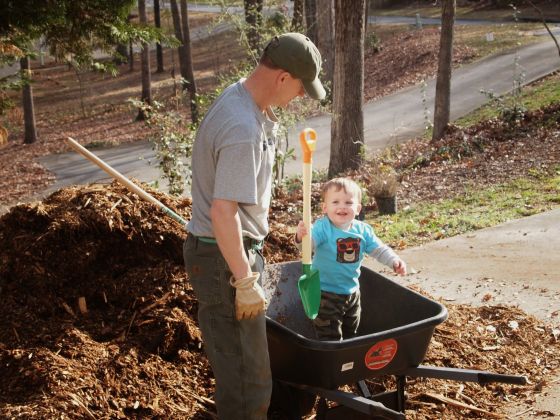 And wear his daddy’s work gloves around:

Believe it or not, we blew through all 20 cubic yards of mulch and had JUST enough to do the front beds, minus one…

Which actually worked out well because we decided to modify that bed, so we were able to wait to mulch it.  I don’t have any photos of the bed before we got to it (bad blogger), probably because it was nothing much to look at so I always cropped it out of my photos!  Just a narrow long bed with some peonies in it (that I have managed not to kill despite doing absolutely nothing to them- we inherited them with the house, which was a fun surprise the first year they came up!) and a narrow strip of grass/weeds.  Boring!! If you look at the below photo of our house, it would be to the right of the edge of the driveway (and under the snow):

T was the driving force behind the bed re-do, and we are both so happy with it now.  It just makes so much more sense.  I will post more about it in my next post, because that much work deserves its own post and this one is long enough as it is!!  I will leave you with one more pic of B, probably my favorite of him to date:

Pure joy at being outside, in the wheelbarrow!

7 thoughts on “Some DIY curb appeal”